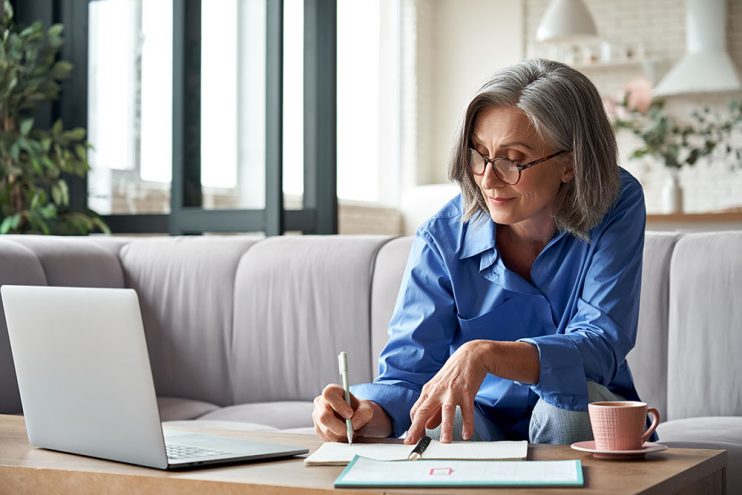 As it is something we are frequently asked about, we thought it might be useful to provide a summary of how the state pension system works. Under the new rules you need 35 qualifying years to be entitled to a full state pension. Even then, your pension may be reduced if you were contracted out before April 2016 (opted out of SERPS).  This is because you would have paid a lower rate of National Insurance (NI) contributions in these years, generally because you made contributions to a private pension instead of paying higher amounts to the Government. You can check if you were contracted out prior to 6 April 2016 (when this scheme ceased) by referring to your payslips. The letter A means you were paying full contributions. Letter D or N means you were contracted out at the time.

Below are the main facts, together with links to further useful information.

In April 2016 the state pension system was overhauled. There are now 2 types of state pension available, which are dependent on your age. If you are a man born before 6 April 1951 or a woman born before 6 April 1953, you will receive the old state pension (currently £137.60 a week), plus a possible additional top up dependent on your contributions and if you stayed ‘contracted in’. To get the full pension you need a total of 30 qualifying years of NI contributions or credits.

Those born after the above dates will claim the new state pension, currently £179.60, but you will now need 35 qualifying years to be entitled to the full amount. Any shortfall in contribution years will decrease the pension.  For example, if you have 30 qualifying years the full amount will be apportioned by 30/35. You will also need a minimum of 10 years to be entitled to any state pension, whereas under the old scheme there was no minimum.

If you are not entitled to a pension based on your own contribution record, you might qualify for a ‘top up’ of up to £82.45 per week through your spouse’s or civil partner’s NI contributions. Check your eligibility here.

You can get an estimate of your future state pension and check if you were contracted out in any years by requesting a pension forecast. Contracted-out years will show as ‘Contracted Out Pension Equivalent’ (COPE), which will be the amount you would have received had you not contracted out. You can either use the online state pension forecast service and will need your personal Gateway ID and password to do this, or you can call HMRC on 0800 731 0175 or complete form BR19 and post to HMRC.

You can check your state pension age here.

If your record shows that you have a shortfall in contribution years, you might be able to top up by paying voluntary contributions. You might also want to check that the appropriate credits have been added for the years in which you were unemployed, in receipt of Universal Credit or were claiming child benefit for a child under the age 12 (you do not necessarily have to be the partner who received the benefit). These credits should automatically appear on your record, provided HMRC are aware of your entitlement, such as by claiming the benefit yourself. Find out more about National Insurance credits here.

For each additional qualifying year, you would currently receive an extra £5.13 a week (£266.83 a year) in new state pension.

Making voluntary contributions does not always increase your pension. You should make sure you are clear what increase you will receive before making additional payments. The Government Future Centre Helpline can assist you with this and any other queries you have about your pension forecast Tel. 0800 731 0175.

Should you decide to defer taking the state pension after your pensionable age, the pension amount will be higher.

State pension is taxable and will form part of your total income each tax year. However, if you don’t have any other income then your personal allowance of £12,570 pa will normally cover the state pension and mean that no tax is payable.

If tax is payable, it will not be deducted from the state pension you receive. Instead, HMRC usually attempt to adjust the tax code applied to other income you are receiving, such as a personal pension, to collect the tax that will be due.

To qualify for a full year of NI contributions, you must receive salary of at least £6,240 during 2021/22 (same level applied in 2020/21). Therefore, you may wish to pay yourself a salary of at least this amount and continue to do so every year in which you do not make contributions through other employment. If your spouse or civil partner are a director of your company, or carry out work for the company, you may also wish to pay them a minimum salary to ensure they satisfy a year of full contributions.